By: Ingela Djupedal at the Property and Facilities Office 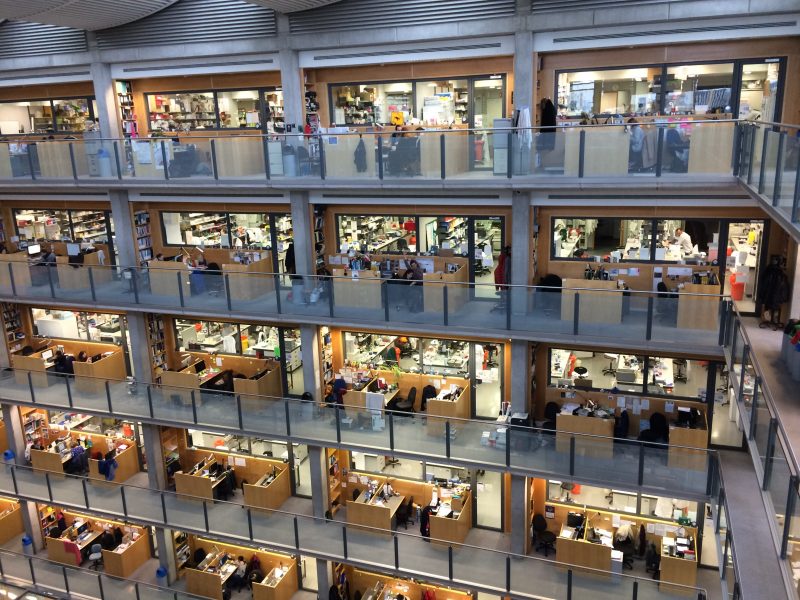 London in late February is a pleasant change from a cold and grey Stockholm. Although the skies were also grey, London had a distinct springfeeling with flowering camellias and the lawns of Kensington park coloured violet by masses of crocuses.

As fitting for an attendee of a safety meeting, I was woken up by the fire alarm, OO-EE-OO-EE-OO-EE-OO! In a daze, I grabbed my boots, jacket and handbag, and also my glasses, without which I cannot see properly, and ran out into the corridor where I met the other guests, like me wide-eyed, in their pajamas and morning coiffures. Fortunately for everyone, it was a false alarm. Burnt bacon had generated smoke that caused the alarm to go off in the kitchen and we could return to our rooms.

I had come to London in order to network with experts in the field of laboratory safety. Imperial College, with its impressing campus in south Kensington in central London, was hosting a meeting titled “Safety: the Human Perspective” and professionals from the USA, The Netherlands and the UK had gathered for seminars on various safety aspects in university settings. The Chancellor of UCLA was there to present their work conducted in the wake of the fatal chemistry accident in 2008, as well as the Rector Magnificus of the University of Delft who described a devastating fire that very same year. Seminars ranged from reports and analyses of real accidents to behavioural psychology , how to prevent accidents and how to promote safe workplaces.

In the late afternoon, I met with representatives from Imperial College, University of Delft and UCLA to discuss future collaboration. We discussed common challenges, made a list of priorities and a plan of coming activities and even came up with a short and descriptive name for the newly started venture -“International Collaboration on University Safety”.

The next day, me and a colleague from the University of Delft, joined a laboratory safety inspection in one the laboratories at the Faculty of Natural Sciences, Imperial College, followed by a general tour of the laboratory buildings. The recognition factor is high in laboratories all over the world. This was no exception. The same types of flasks & beakers, pipettes and equipment, even the furniture were familiar, as well as the smell of agar plates. It was nice to see that laboratory safety was considered a serious matter by everyone, including faculty, and I had a very good impression of the safety culture at Imperial College. I got a few good ideas for improvement of laboratory safety that are easy to implement by just looking around.

After a long day I headed back to Heathrow and Stockholm with tired feet and an inspired mind full of new impressions.

Either your browser does not support javascript, or javascript is disabled. This site works best if you enable javascript.